Home / News / Getting to Grips With Potholes Tyres And Claims

Getting to grips with potholes, tyres and claims 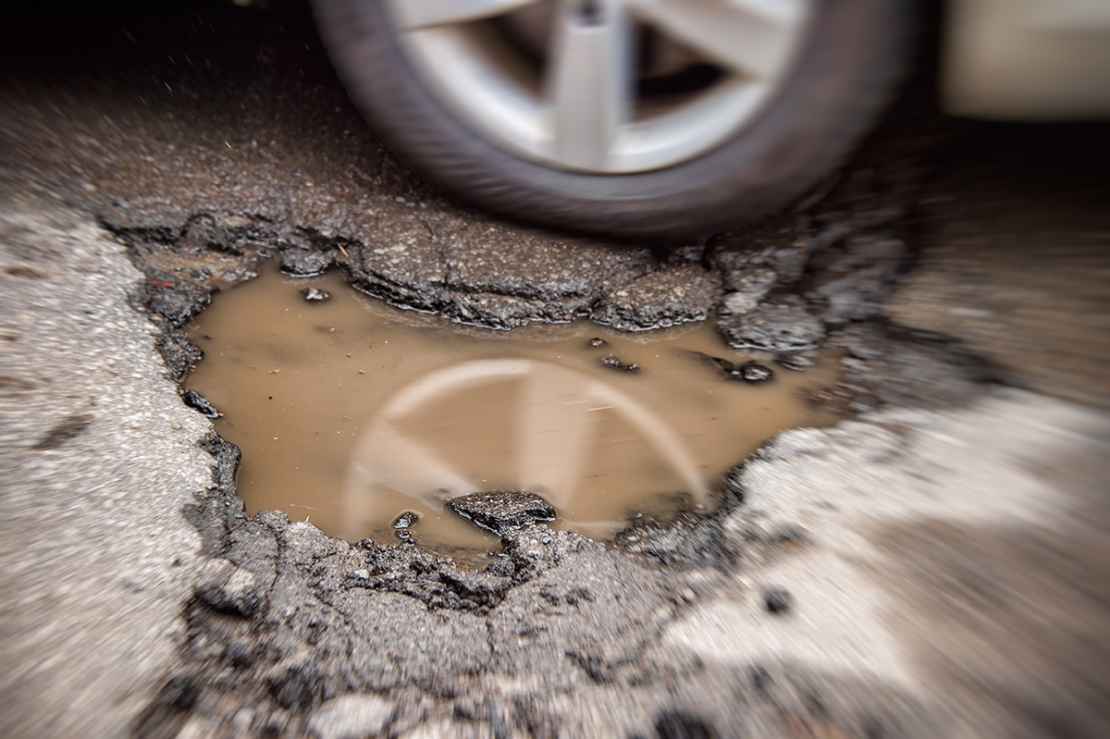 It’s a popular notion that the UK road network is in a terrible condition, particularly in the south-east of England. Years off local authority budget cuts are blamed for the current state of our roads. This situation is reflected in the large number of drivers suffering damage caused by the road network. The latest Merityre tyre safety article provides you with a guide on how to claim for damage caused to your vehicle by potholes. It could help you get the financial compensation you deserve to help repair your vehicle, or replace your tyres.

Tyres are tough, but they’re not indestructable. A Continental premium tyre is robust and dependable, but it’s not immume to ever deteriorating road conditions – especially potholes. Although your tyre can look as if it has survived an initial impact from a pothole unscathed, damage can show up later when further stresses have been placed on it. Often, harm to the internal structure of a tyre can appear in the form of a bulge within the sidewall. If you should notice this after hitting a pothole, the tyre should be replaced as soon as possible. But, as potholes are the responsibility of the local authority, how should you go about claiming for this damage? Merityre show you how…

The first thing you should do after suffering a pothole impact is to make a record of the location and road name or number of where it took place. You should also note the direction you were travelling in, where the pothole is located, its size and depth and, where possible, obtain the contact details of any witnesses. However, while out on the road, be doubly careful and make sure that it is safe to take photographs. The chances are there will be other drivers on the road, travelling fast. It’s also useful to place an object, like a drinks bottle, into the picture, to help establish the scale of the pothole.

Even if you have no intention of claiming for damages, all potholes should be reported. The local authority in charge of the road should be made aware of the problem as soon as possible, so that it can undertake repairsquickly. When it comes to major roads, these are typically managed by the Highways England, while county, city or borough councils are responsible for repairs and maintenance of most other routes.

Obviously, caring for your vehicle is very important, as it needs to be kept in a safe and roadworthy condition. Be sure to keep all quotes, invoices and receipts for the work that has been carried out, and create a duplicate copy of everything as you will need to provide this to the authorities when submitting your claim. If the damage is more severe than a broken alloy or damaged tyre, you should get in touch with your insurer and report the damage to them, too.

Step #4 Make your claim in writing

Claims to the relevant authority should only be made in writing (we suggest you send your claim by a method of recorded delivery that requires a signature, for proof of posting and receipt). You should provide a clear and detailed account of the event that damaged your vehicle, including what happened, where and when it occurred, and the costs of repairing the damage. Be aware that your claim stands a higher chance of being accepted if the authority in question was already aware of the pothole but had not fixed it. See section 58 of the Highways Act 1980 – or if road maintenance guidelines have not been followed.

Sometimes the authorities will reject a pothole damage claim. If this should happen to you, try to stay calm. It doesn’t help to get angry. You could consider putting in a request under the Freedom of Information Act to find out how frequently the road that damaged your car is inspected and maintained. There is a good chance that it might not satisfy the nationally recommended standards for highway maintenance, increasing your chances of success.

It is worth considering negotiating with the authority in charge of the maintenance of the road. It may well prefer to do this than risk the cost of a court case. This is also beneficial to you, as, where possible, all parties should avoid the courts due to the increased costs involved if you should lose.

Step #7 Use the small claims court

This is a last resort. If you feel that the authority in charge of the road has failed to abide by national guidelines on road maintenance and you believe you have a case, you should consider making a claim in the small claims court. Again, be aware, though, that losing such a legal battle could bring severe financial penalties – possibly higher than the costs of repairs to your vehicle.